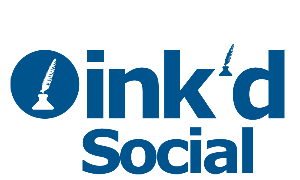 Originally Dedicated to a politically conservative audience, RightSocial.NET is a social network platform that is here to help combat the oligarchy social media conglomerates that have dominance, and give conservatives a voice that they will not have to worry about being silenced, or shadow banned.  We do allow all to join who want to participate in a discourse, reminiscent of the ancient Athenian democracy, or Roman Republic, where the forums were used to discuss politics, philosophy, and other ideas.

Founded in 2018, Right Social was founded by DeWitt P. Hoopes, president of Beatrice Technologies, Inc.  Right Social was initially a concept that was catered to a more conservative audience, but as the site grew, through at least two versions since its founding.  Right Social has since invested heavily in newer technologies, and plans even further expansion into allowing film and video content that comes from original journalistic sources.  December 2019 saw Beatrice Technologies, Inc. transfer their ownership of Right Social to a newly created business unit, Beatrice Interactive Media, Inc.  This allows Right Social to be operated by team members that are dedicated only to the social media part of the company, while at the same time, collaborating with the Beatrice Technologies team with the technology hardware and networking aspect.  In summer of 2020, it was decided to change the name of the growing social media platform to Ink’d Social, which has the historical symbol of an inkwell and quill, representing the writing of your thoughts not on paper, but in the digital realm.